WHAT IS AID-IN-DYING LEGISLATION?

End of Life options, or medical aid-in-dying, statutes allow certain terminally ill adults to request and obtain a prescription for medication to end their lives in a peaceful manner. The acts outline the process of obtaining such medication, including safeguards to protect both patients and physicians.

In states where physician-assisted dying is legal, there is no state program for participation in the existing aid-in-dying laws and people do not apply to state health departments. It is up to eligible patients and licensed physicians to implement the act on an individual, case-by-case basis.

As of September 2019, physician-assisted dying statutes are in effect in eight states and the nation’s capital:

HOW DO AID-IN-DYING LAWS PROTECT PATIENTS?

Aid-In-Dying statutes contain a number of safeguards, protecting patients from abuse and coercion:
Data and studies show these safeguards work as intended, protecting patients and preventing misuse. No evidence of coercion or abuse has been documented in the Oregon since 1998 and Washington since 2009, when these states’ respective laws went into effect.

WHO USES PHYSICIAN-ASSISTED AID-IN-DYING LAWS? WHAT ARE THEIR DEMOGRAPHICS?

People who access physician-assisted dying laws tend to be well educated and have excellent health care, good insurance, access to hospice, and financial, emotional, and physical support. Two out of three are aged 65 years or older; the median age at death is 72 years.

The three most frequently mentioned end-of-life concerns are loss of autonomy (90.9 percent of patients cited this concern), decreasing ability to participate in activities that made life enjoyable (89.5 percent), and loss of dignity (75.7 percent); the least important concerns are being a burden on family/friends/caregivers (43.7 percent), inadequate pain control or concern about it (25.8 percent), and financial implications of treatment (3.7 percent).

WHAT ARE THE BENEFITS OF PHYSICIAN-ASSISTED AID-IN-DYING LAWS FOR TERMINALLY ILL PEOPLE AND THEIR FAMILIES?

For the terminally ill, the greatest comfort these laws provide is having the freedom to control their own ending. Most people who obtain medications under these laws value being able to make their own decisions, including the where and when of their death. We know this because people using the law cite loss of autonomy as their chief end-of-life concern.

In addition, if you are terminally ill the option to die a peaceful death at a time and place of your choosing provides you with invaluable peace of mind, which is especially important at the end of life. In fact, so many people get reassurance from simply filling the prescription that one in three choose not to use it.

Most people who are dying wish to die at home. While on the national level only about 20 percent of people die at home, almost 95 percent of people accessing the Oregon Death with Dignity Act do. The stringent safeguards in these laws also protect patients from possible abuse, coercion, and wrongful medical practice.

WHAT ARE THE BENEFITS OF MEDICAL-ASSISTED AID-IN-DYING LAWS FOR PHYSICIANS?

For physicians, medical aid-in-dying laws codify and bring to light the common practice of giving life-ending medications to their patients. Medical aide in dying legislation protects physicians by stipulating the steps they must follow and, provided they follow the law, providing them with immunity from civil and criminal liability as well as professional disciplinary action.

WHAT IS THE CURRENT STATE OF PHYSICIAN-ASSISTED DYING IN AMERICA?

With a history of more than 100 years, and accelerated development beginning in the early 1990’s, the aid-in-dying movement enjoys more momentum than ever.

Though elsewhere aid in dying bills failed, that’s the way progress happens: victories beget more victories, and even our losses teach us the lessons we need to advance. With polls showing up to 7 in 10 Americans favoring right-to-die legislation, every day we are closer to the day when a large majority of Americans will have what they are asking for: more freedom and control at the end of life. 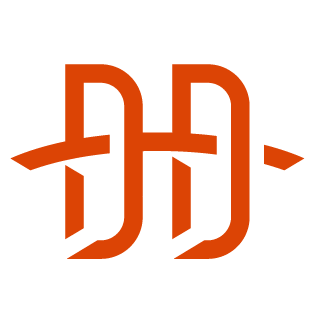 Get news from Georgians for End of Life Options in your inbox. Learn about events to connect with other supporters, and get the latest news about the medical aid in dying movement in Georgia and across the United States.

Georgians for End of Life Options seeks to support and improve end of life and advance care planning in Georgia by advocating for laws and policies which improve and expand options for end of life decision making.

Georgians for End of Life Options is a 501(c)(3) not-for-profit organization. We provide support and education for Advance Care Planning, and advocacy to ensure that people have a clear understanding of their rights and all the options available to them in Georgia. We are a service provider and our role is to provide information, resources and education. We do not advocate for suicide in any way and do not advise that anyone violate GA law. We are not a clinical provider, and we do not give legal or medical advice, diagnosis, or treatment advice.

© Copyright 2021. Georgians for End of Life Options. All rights reserved.